The link between cell metabolic activity and glucose and lactate levels in the surrounding cell media is an established fact1,2. However, reproducibly detecting these relatively small changes in the media is difficult to achieve. In collaboration with the IRCCS-Istituto di Ricerche Farmacologioche Mario Negri (IRFMN) in Milan, we explored the suitability of our cell media analyser for detecting small changes in metabolic activity in different cell types and experimental settings to give early indication of experiment outcome. This application note presents how our media analyzer Vi-CELL MetaFLEX was tested and the potential benefits for accelerating metabolic rewiring research.


The study of cell metabolism has grown exponentially over the past decade. Cells constantly adjust the flow of molecules through metabolic pathways in response to energy needs. Cancer cells increase glucose utilization to support their proliferation, as well as astrocytes and neurons operate to ensure adequate metabolic adaptation to maintain neuronal activity. Thus, glycolysis and other metabolic pathways that control cell proliferation may represent valuable targets for therapeutic interventions and diagnostic procedures.

Quantum leaps in technology (e.g., in mass spectrometry as well as in high-resolution nuclear magnetic resonance [NMR] spectroscopy) are opening new horizons in the field of cancer metabolism based on their ability to explore several metabolic processes simultaneously (e.g. glycolysis as well as its offshoot pathways) and their interactions. These technological approaches are however complex and costly in terms of required equipment and data analyses. Important aspects ranging from sample collection and storage to data-processing have to be taken into consideration before starting any metabolomics study.

The possibility to quickly and reliably assess by simple techniques changes in glycolysis (i.e. glucose uptake and lactate production) as early metabolic indication of the experimental outcome might therefore represent a preliminary step that can determine whether the experiment is looking positive and further investigations are warranted. The ability to monitor real-time metabolic changes during cell culture without interfering with cell growth might definitely help in better designing the experiment. This sort of “triage” approach might also better focus the use of precious research projects’ funding.

For cells in culture, glycolytic flux can be quantified by measuring glucose uptake and lactate excretion. Monitoring such changes in extracellular media can be challenging due to dilution factors required to enable testing, etc. Typically the cell population in these experiments is small and minimal changes may also be masked by the relatively large volume of media in which cells are grown. The volume of media to be sampled for real-time monitoring should be minimal to avoid detrimental effect to the growth of the cells. For the same reason the collection of culture medium should be fast. The subsequent analysis of metabolites should be simple and quick avoiding sample preparation steps or storage that might introduce unintentional variability to the experiments.

The desired outcome from the testing was to establish that the MetaFLEX could:

The Vi-CELL MetaFLEX is a bioanalyte analyser that utilises thick film technology and miniaturised sensors to measure pH, pO2, pCO2, glucose, lactate, electrolytes and more parameters. All tests are carried out on just 65 μL of sample.

The results presented in the following figures demonstrates the MetaFLEX’s ability to meet the desired outcomes stated above.

Small changes in glucose, lactate and electrolytes were reproducibly detected in the media. The MetaFLEX showed a coefficient of variation less than 4% for each measured analyte (Figure 1.). The conditioned medium analyte levels were proportional to the number of cultured cells.

The MetaFLEX detected changes in the level of glucose and lactate in vitro cell growth (Figure 2).

The following figures (Figure 3-6) display the successful measurement of lactate and glucose across a wide range of experimental settings spanning from cell media to mouse blood.

Figure 5. Semiconfluent C2C12 myoblasts were differentiated in myotubes and cultured in DMEM low glucose (2% horse serum). At time 0, insulin (50nM) was added to the culture medium and at the indicated times glucose and lactate levels were recorded. Courtesy of Zito E. & Pozzer D. 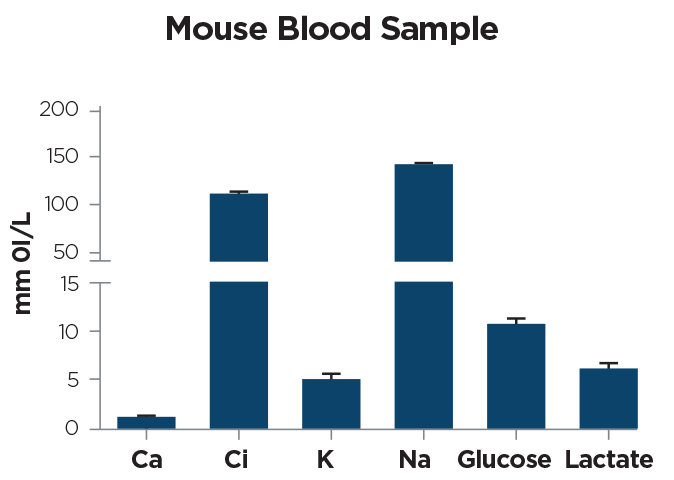 Figure 7 shows the reproducibility of results from samples measured before freezing and post thaw.

Figure 7. DMEM (Dulbecco's Modified Eagle Medium) High Glucose plus 20% FBS (final glucose concentration 20 mM) was conserved at +4°C or frozen at -20°C for 24 hours before measuring. Lactate and glucose concentrations were expressed as mmol/L. Courtesy of Decio A. and Ghilardi C.

The researchers at the IRFMN were able to utilize the Vi-CELL MetaFLEX to reliably detect changes in cell metabolic activity in their experiments through monitoring small shifts in the levels of glucose and lactate. The MetaFLEX allows the researchers to determine at an early stage of the experiments the metabolic alterations that underlie the experimental setting. Armed with this information, the researchers can reduce the number of experiments and focused on few important samples that can be further analysed by gold-standards metabolomics technologies (e.g. Mass Spectrometry, NMR) or molecular biology approaches for a more comprehensive assessment of metabolic alterations. Crucial to the success of this validation was the MetaFLEX ability to reliably detect very small changes in glucose and lactate. It achieved this because it uses thick-film sensor technology to make direct measurements of glucose and lactate from just a 100 μL sample (65 μL sample plus 35 μL tare).

The Mario Negri Institute for Pharmacological Research is a not-for-profit biomedical research organization. It was founded in 1961, and started work in Milan on 1 February 1963.

The Institute’s main aim is to help defend human health and life. The Institute’s research programs span from the molecular level to the whole human being, and the findings help build up the basis for developing new drugs, and making existing ones more effective.

The main research headings are the battle against cancer, nervous and mental illnesses, cardiovascular and kidney diseases, rare diseases and the toxic effects of environmental contaminants. The Institute is also involved in research on pain relief and drug addiction.

Parallel to its biomedical investigations, the Mario Negri Institute runs training schemes for laboratory technicians and graduate researchers. It takes part in a range of initiatives to communicate information in biomedicine, on a general level and with the specific aims of improving health care practice, and encouraging more rational use of drugs.